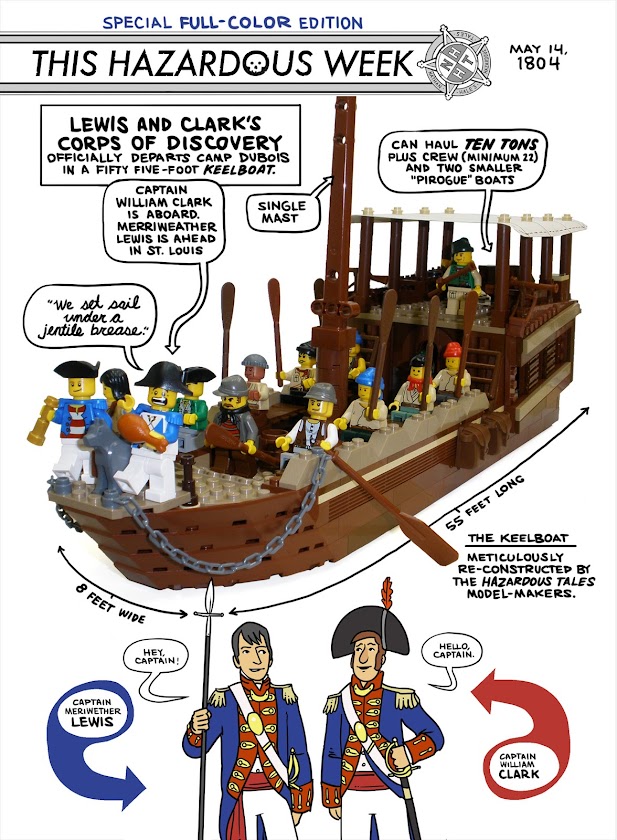 I posted this LEGO keelboat on my own site (www.spacestationnathan.com) a few years back. It has long since been disassembled. I have been feeling the need to build a new and improved version, lately. There have been a lot of great torso paint jobs released in the past few years (Pirates of the Caribbean, the recent Series 10 Collectable Minifigure Revolutionary War soldier, to name a few.) Some day I'll build a Keelboat v.2, and when I do I'll post it here.