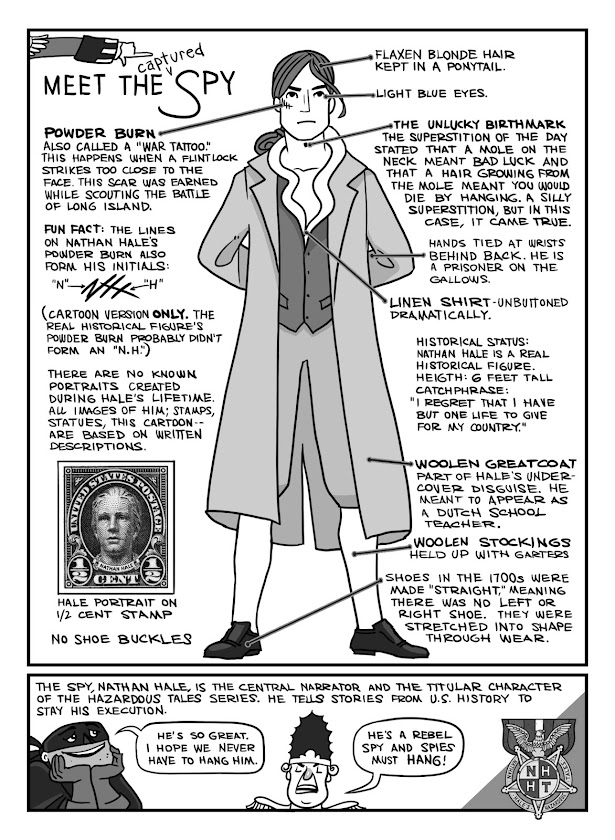 Here are some of the books used to research the Provost's uniform. I had to make a second trip to a different library after this. Then I ordered a book online, (Don Troiani's Soldiers of the American Revolution) that one's still coming in the mail. 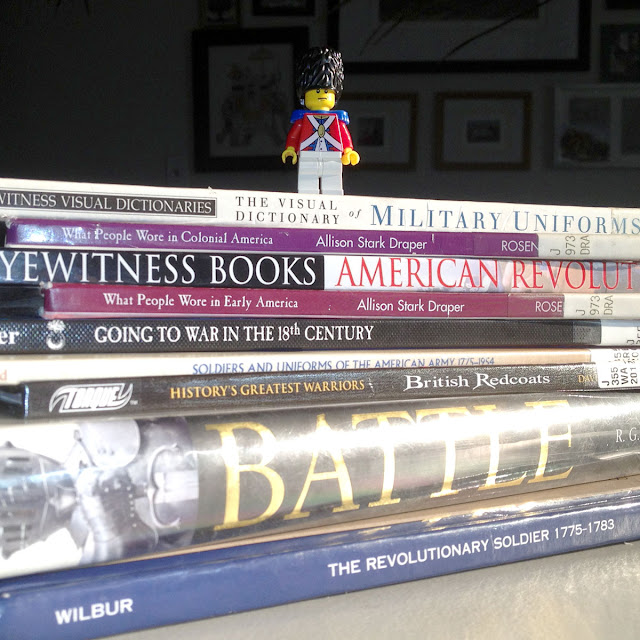 With the Hangman, I just made stuff up. But I couldn't fabricate stories about the actual British Redcoat uniform. I found myself curious about what each of the elements on the uniform were for. I got lost in the research! That's a fascinating outfit!

On top stands my LEGO re-creation of the Provost. LEGO doesn't make a 1776 Grenadier's cap. They do a nice Tricorn, an Admiral style Bicorn, even a Napoleonic Shako, but I had to make due with the modern Bear-skin Palace Guard hat. That was the closest.
Posted by Nathan at 9:24 PM

It's time to meet our second narrator in the Nathan Hale's Hazardous Tales series! 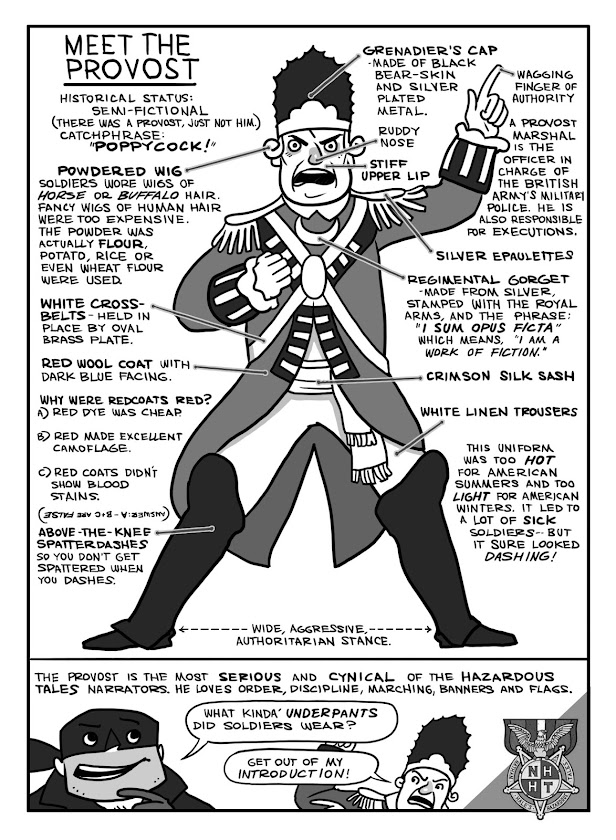 When I started this page, I thought it would be very boring compared to the Hangman's. But two hours of online research and nine library books later, I discovered it was far more interesting than the Hangman's totally made up outfit.

I learned all about the history of the Grenadier's cap--which is basically a furry miter. That's right--miter, like the Pope wears! This hat eventually turned into the bear-skin hat you see on modern Buckingham Palace Guards. They are still made from bear skin to this day--and are quite expensive (especially for the bear!)
Posted by Nathan at 9:00 PM 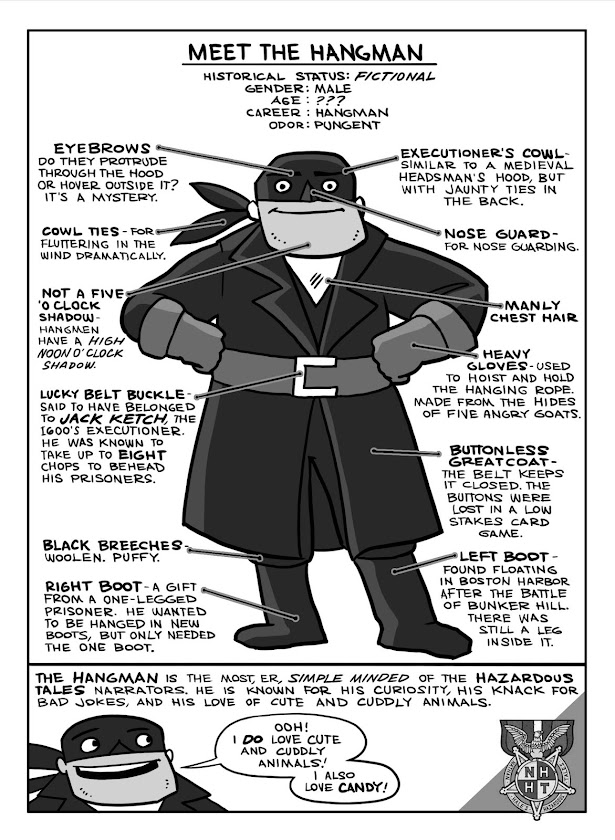 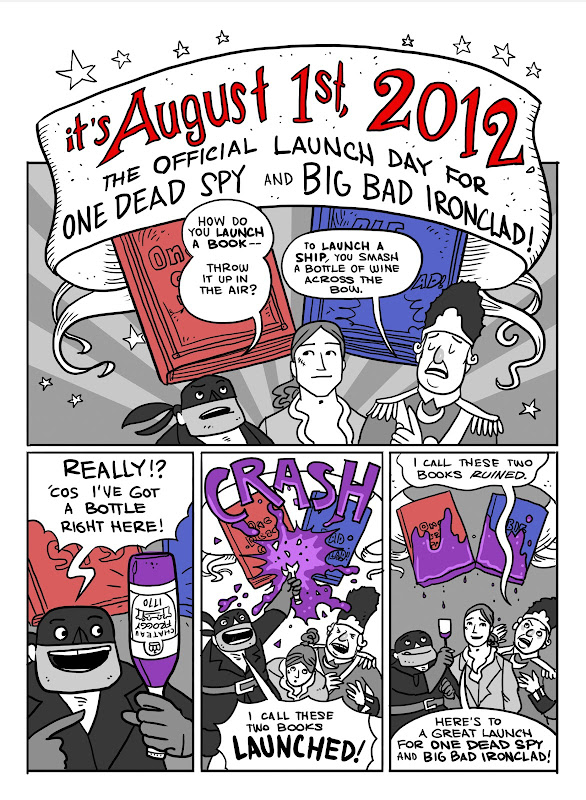