A Hazardous Week in Texas

This week I was in San Antonio, Texas. I was there for TLA, the Texas Librarian Association convention--the biggest library convention in the country aside from the national ALA convention. This year has been a great year for the Hazardous Tales books because One Dead Spy is on this year's Bluebonnet Master List--the state book award in Texas.

While I was there, this happened: 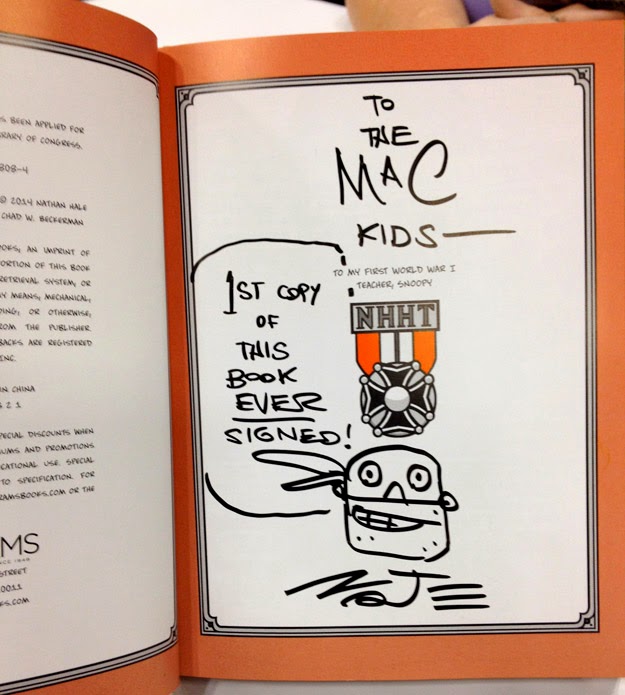 This is a copy of Treaties, Trenches, Mud, and Blood. How rare is this? I don't even have one. I have no idea how this librarian was able to talk the people in the Amulet booth into selling it. It's a mystery. My guess, she's a professional hypnotist.

We're just a month away from launch. This book should start popping up everywhere soon.

Spoiler from the photo, this book is dedicated to Snoopy.

If you'd like more of a preview, take a look at the book on Amazon. It has a nearly 20 page preview.

While I was in San Antonio, I was able to slip away from TLA one morning and visit the Alamo. 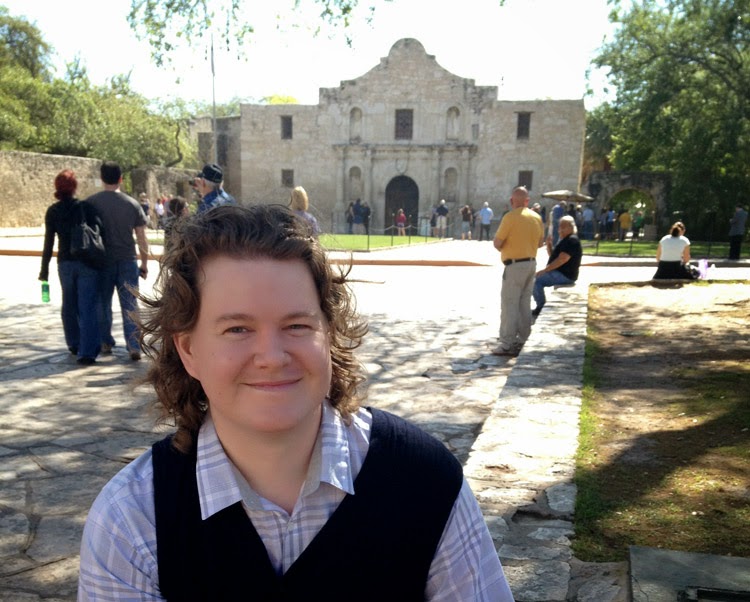 Why was I visiting the Alamo? Looking in the basement for Pee Wee Herman's bike? Hiding from hypnotist librarians? Or maybe doing on-site research for a future Hazardous Tales book?

Possibly all three!
Posted by Nathan at 12:00 AM

And the last of our introduction pages. The Hangman: 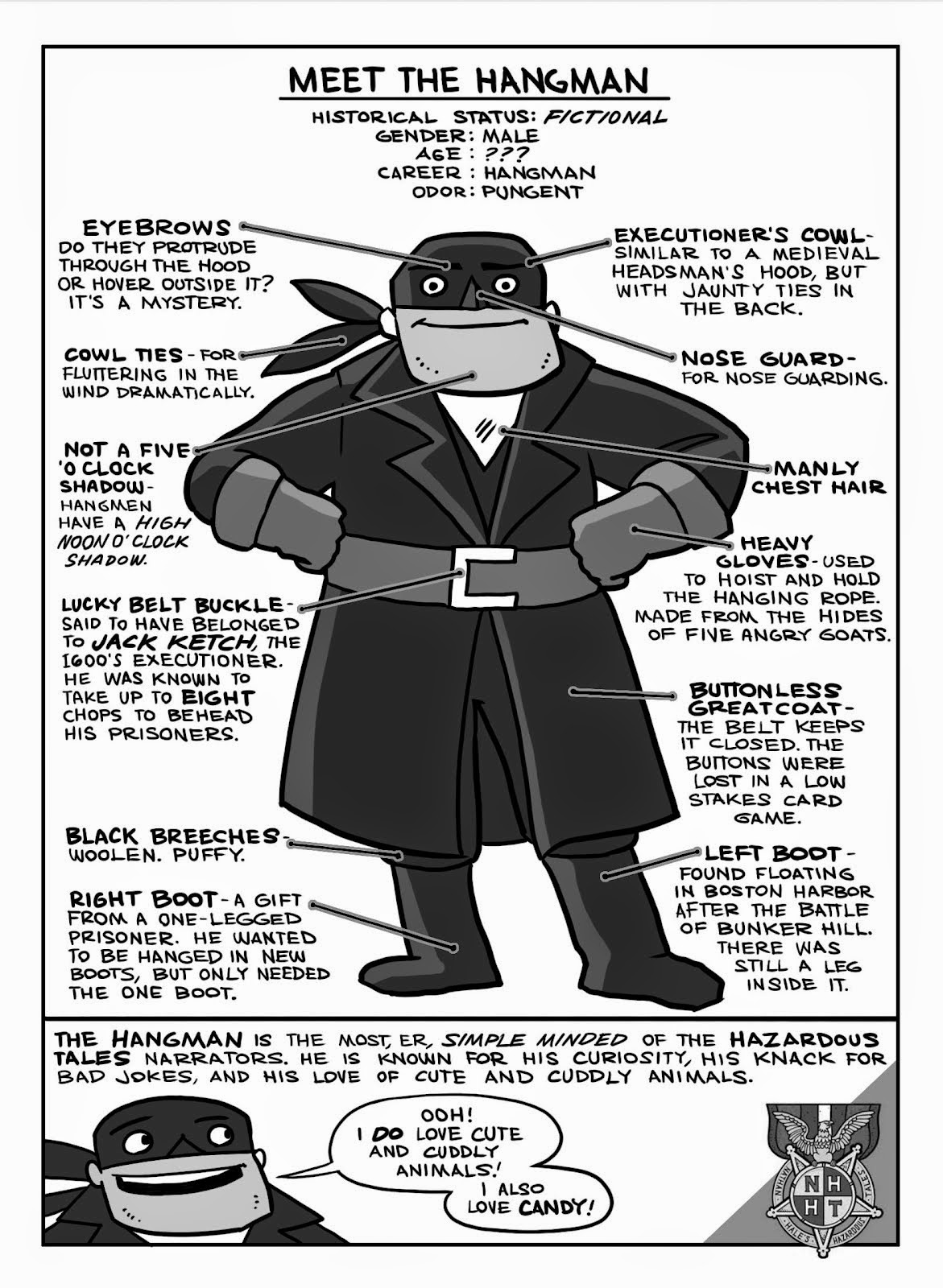 By the way, we were off the NYT Bestseller list for one week--but we're back ON! At #8! That makes four weeks on the list! Hooray!
Posted by Nathan at 11:02 PM