I don't have a comic for you this week. April has been a very busy month. I've spoken at TWENTY schools--in Kansas, Virginia, Maryland, Washington DC, and my own state of Utah.

While in DC, I had one unscheduled afternoon. So I made it my mission to get a photo of this guy: 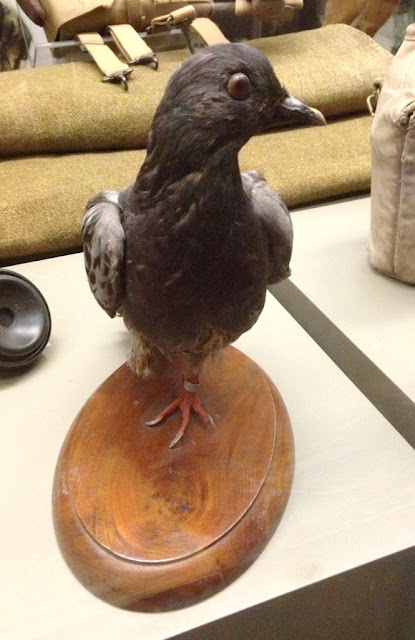 This is Cher Ami, a one-legged stuffed pigeon who can be found in the WWI cabinet in the Museum of American History at the Smithsonian.

I guess now is as good as place as any to reveal it, Hazardous Tales #4 is about World War One.

This pigeon is a bonafide WWI hero. He helped save a group of American soldiers known as the Lost Battalion. How? Well, you'll have to look him up. I don't want to spoil his adventure here. Will Cher Ami be appearing in his own comic soon? Chances are pretty good.
Posted by Nathan at 6:59 AM